BE AT PEACE WITH GOD AND MAN – RESOLVE YOUR INNER CONFLICTS

NO TURNING BACK – KEEP MOVING

“Beloved, believe not every spirit, but try the spirits whether they are of God: because many false prophets are gone out into the world” – 1 John 4:1

“Prophetic Ministration” is one big phrase which is currently leading so many astray from rational thinking and proper scriptural evaluation. Prophets are called by the word of God and to SPEAK THE MIND OF GOD to us. But often, they either misfire or speak from their own spirits. Every true and careful prophet must be able to use God’s word to interpret what he claims he heard from God. False prophecies abound this day, especially in black Africa, where so much emphasis is put on negative occurrences rather than the positive. While I agree you may need some spiritual assistance to solve certain problems, you have to be very careful about the prophet who ministers to you. Most problems linger due to the wrong ministration. Sometimes, it is a careless word from the prophet, which has made one act to his detriment. At some other times, it is a deliberate trick on someone’s mind to make him believe a wrong set of facts, which can put ones progress on hold for a long time. Same applies to a Nation; a wrong word from a prophet can shut down that nation’s progress if most citizens believe in the wrong prophesy and act on it. How do you know if you are exposed to wrong prophetic ministrations?

1. A so-called positive prophesy given from the wrong ministration usually does not come to pass.

2. So much expense is incurred trying to prevent a warning or a red flag of danger given by a false prophet from coming to pass.

3. Problems are complicated, rather than solved.

4. One becomes frustrated and frightful as a result of unresolved problems; and for reasons not too clear, other related problems begin to erupt.

The word of God is warning us today against false prophetic ministration. Reject every prophecy that cannot be tested against the word of God. Reconfirm what a prophet tells you so you do not fall prey to psychological and emotional manipulations. Rather than get exposed to the wrong ministration, profess the word of God to yourself; Although it will take a while to get a result, you will surely overcome. Be responsible, and let grace abound

Father in the name of Jesus Christ, I detach my spirit and body this day from all forms of ministrations and wrong teachings that continue to place me below the standard that you want me to be. Lord, I rebuke and silence every power and tricks of the devil upon my spirit and I declare no enchantment or divination is against me. Lord, I tap into apostolic and prophetic veins and declare I am filled with thy fresh anointing. AMEN 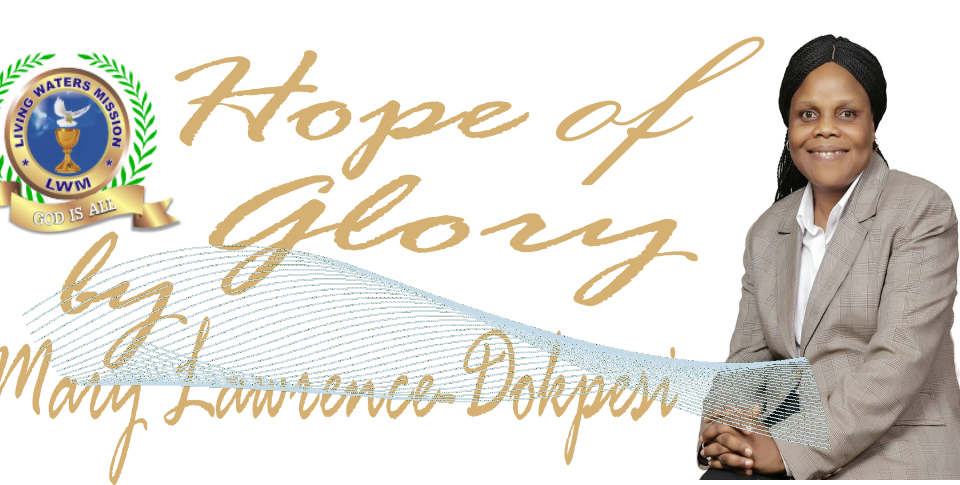 A “RENEWED PERSONAL ENCOUNTER” WITH JESUS