CHRIST FOR ALL NATIONS!!!

The story of Christmas cannot change no matter how we try to rationalize it. Jesus is the central point of Christmas, even though many still cannot connect Jesus with Christmas. As thorning and confusing as this topic might seem, it still does not override the exalted status of the benefit of Christmas.

Today’s word reminds us that Jesus Christ has always been the LIGHT of God. The scripture also says, “The TRUE Light who gives light to every man was coming into the world” (John 1:9). Therefore, the WORD of God, who is also Christ, is our soul’s light and life. Through the WORD of God, we have both physical and spiritual light, and this light is the source of our life. The Light of Christ also gives us the light of fundamental knowledge and wisdom.

For this reason, therefore, Luke 11:36 says, “So if your whole body is full of light, and no part of it in darkness, you will be radiant, as though a lamp were shining on you.” What a great gift God gave to us in Jesus Christ, and what a great gift Jesus is to us! In Jesus, God gave to the world the light of the truth that leads to eternal life (Ref; John 3:16), and the LIFE that gives abundant wealth here on Earth (Ref: John 10:10; John 1:4-5) The birth of God’s Word as Jesus Christ on Earth is a mysterious sacrifice by God to bring forth Light, Life and everlasting joy to all Nations. The light and the life of God, which became Jesus Christ, transcends religion and creed, which men give, but Christ came down from heavens above, from the father of all things!

We also celebrate the love of God during Christmas, and this is because Jesus is the product of God’s love for humanity. As God loves us and gave us Jesus Christ, we are expected to share love at Christmas by giving each other the things that are important to us that others need!

What is the benefit of the Christmas celebration, you may ask?  Jesus Christ is a universal king, and he is the king of Kings and the Lord of Lords.

When Jesus was born, the angels and the heavenly hosts praised God, saying, “Glory to God in the highest, and on earth peace, goodwill towards men” – Luke 2:14. They praised God because; something far from the ordinary happened – The WORD of God, who is God, took flesh and incarnated as Jesus Christ. God’s word became a man so that we might reconcile with God through Him. The way to reach God is through His WORD – HIS SON. Every truth about life and death rest with the Son. If not for the birth of Christ, man would die of sin, and darkness will continue to envelop the world.

Why then do we celebrate the birth of Jesus on December 25th each year?  The tilting of the Earth and the Sun as they both move on a specific axis reveals that at about 21st and 25th December every year, the sun appears to stand still, recreates or replenishes itself, and becomes newer and refreshed. At about this time also, nature bounces back to life and the divine nature of God is poured forth unto our world, bringing forth God’s regenerating powers for the body, mind, spirit, and soul of those who will attune with the splendour of God poured unto the world at the time. People call this period Winter Solstice. In Latin, Sol means SUN and Stice or sistere, means, “TO STAND STILL”; This is because at the solstices, the sun’s declination appears to “standstill”; that is, the seasonal movement of the sun’s daily path (as seen from Earth) pauses at a northern or southern hemisphere before reversing direction. It was precise during this auspicious moment when the sun appeared to stand still that the three men saw the star of Bethlehem in our sky. The star seemed to herald the birth of Jesus, which incidentally took place simultaneously as the sun was being reborn and refreshed (according to the beliefs of the ancient religion).

What was the attitude of an ancient religion to the winter solstice? The old religion’s understanding was that the winter solstice is when new gods were born, or existing gods and deities were reborn with more power and vigour. On this day, the ancient religion of Mithra celebrated the dies Natalis Solis Invicti (Birthday of the Invincible Sun). This period is a time of rebirth for nature and the human mind and spirit. In some quarters, this ancient religion’s celebration is called the YULE festival, from which we now have the word “YULETIDE” season.

Why should a Christian celebrate Christmas? The Winter Solstice’s significance has been recognized for thousands of years before the advent of Christianity, ever since human beings first observed the ever-changing patterns of sunrise and sunset throughout the seasons. For instance, the ancient Romans, Greeks, and Persians all held festivals at this time, many of which celebrated one or more gods’ birth. The church also adopted this period of the Winter Solstice to celebrate the birth of Jesus Christ. During the same period of the winter solstice that occurred some 3000 years ago, the star of Bethlehem had appeared in the sky to announce the birth of Jesus Christ. The three men saw the star of Bethlehem in their kingdoms, and they came to Jerusalem to worship Jesus and to proclaim His kingship and divine origin. Today, we know that the winter solstice usually occurs between the 21st and 25th of December every year. Any day between 21st and 25th December will be sufficient for Christmas, but the church has chosen December 25th every year. So, we celebrate Christmas on December 25th every year.

During this auspicious moment of the Winter Solstice, therefore, the star of Bethlehem sometimes will appear in our sky to herald the coming of the divine spirit of God upon nature and humankind. On this occasion, nature bounces back to life, and the sun’s light increases in radiance, healing, and grace. During this period, God’s divine spirit hovers around humanity with His regenerating powers, affecting men’s body, mind, spirit, and soul. Jesus is reborn! This time, not physically as God’s incarnate, but as a regenerating power in our mind and spirit; He is reborn as the splendour of God pouring forth unto nature and humanity. Jesus is reborn as the light of wisdom, wealth and abundance. as well as the power of life over death. (Ref; John 3:16; John 1:9; Luke 11:36; John 10:10; John 1:4-5)

If we view the wonders of God’s creation the way He wanted us to, we can also consider what Paul said in Romans 1:20 and allow this time of the year to help us appreciate one of the many beautiful things that God has created. Paul wrote, “For, since the creation of the world, His invisible attributes are seen, being understood by the things that are made, even His eternal power and Godhead.” (Romans 1:20). The winter solstice marks a pivotal point in the grand procession of the seasons that God has created. Unfortunately, ancient religion got it wrong. Rather than worship the creator, they honoured the creatures. The scripture has condemned this attitude in Jeremiah 10: 1 – 4. Satan’s deception had deceived the ancient religion, “exchanged the truth of God for the lie, and worshipped and served the creature rather than the creator (Romans 1:25)

Therefore, at Chrismas, Christians celebrate Jesus Christ, manifesting as God’s divine nature poured unto humankind during the season; Not the sun or any other celestial body. Also, at Christmas, we celebrate the love of God through Jesus Christ. Therefore, I congratulate you, beloved, and wish you a prosperous New Year ahead.

Father, in the name of Jesus Christ, I thank you for the gift of Jesus Christ. May I be richly blessed by the regenerating power of the divine spirit of God during this period and always. AMEN. 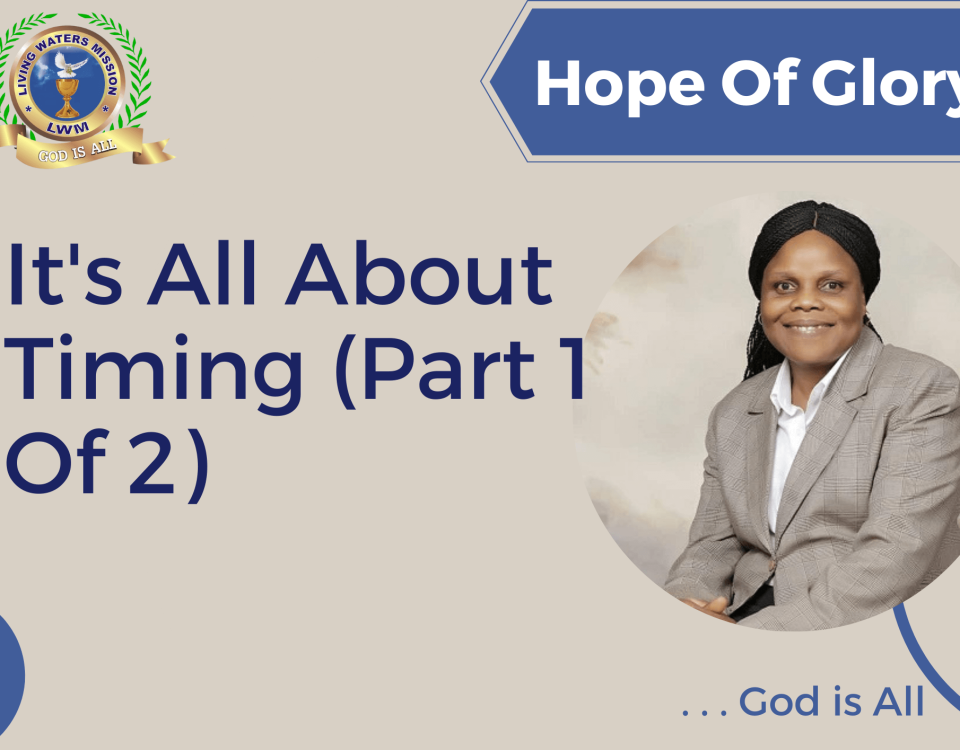 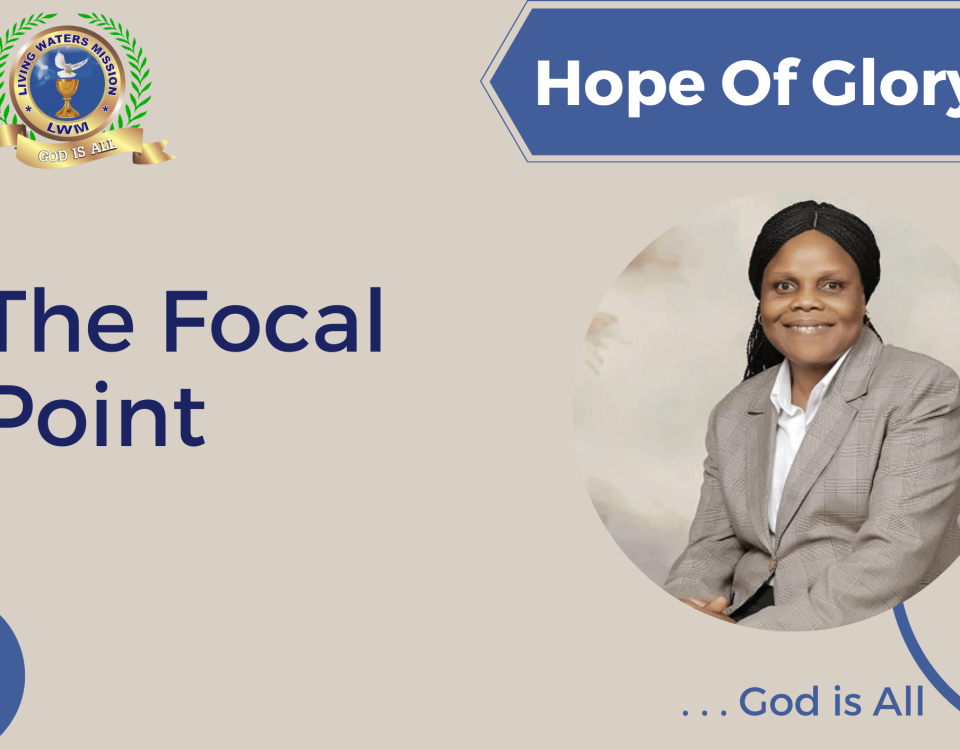 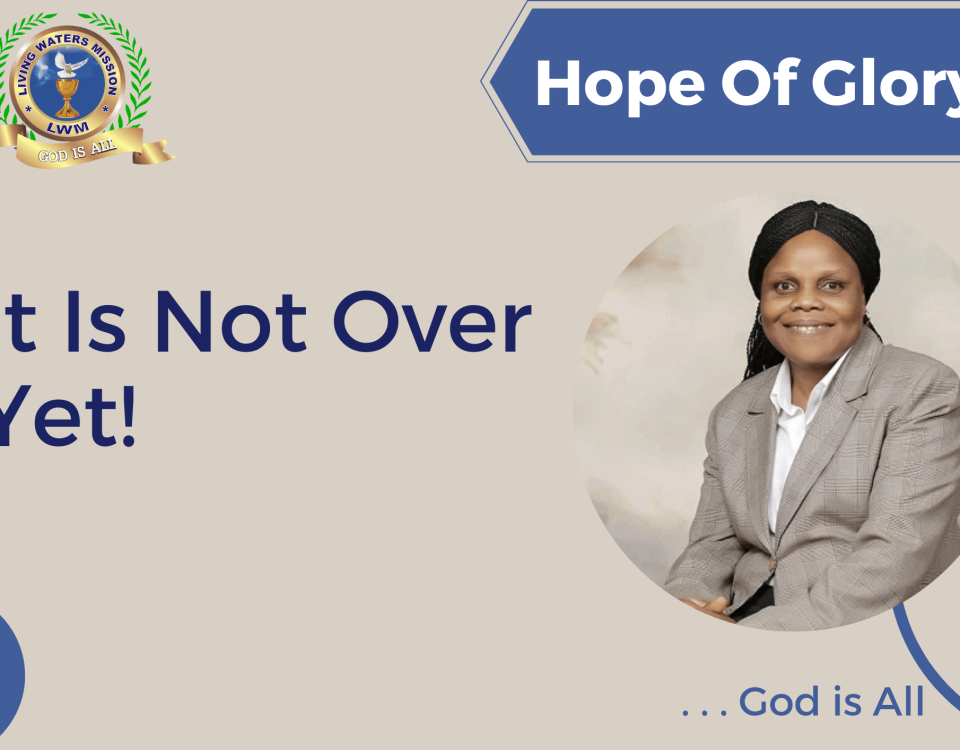 IT IS NOT OVER YET! 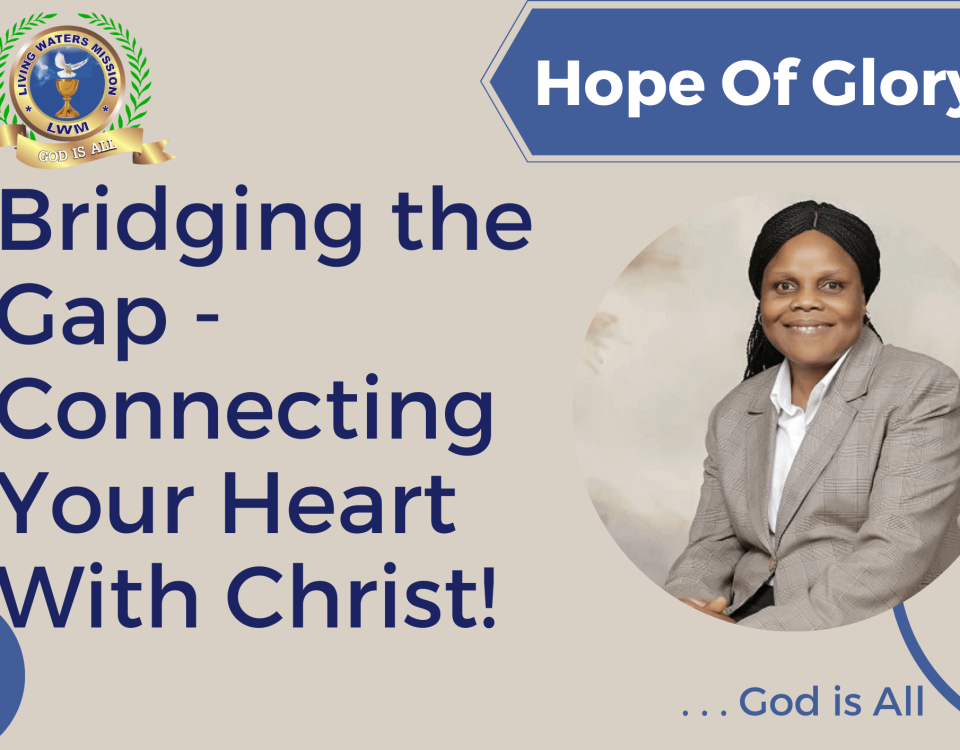 BRIDGING THE GAP – CONNECTING YOUR HEART WITH CHRIST!